Duncan Watmore seems like a lovely fella. He came up through the non-league system, he’s got a Masters in international business, leadership and management, his favourite Christmas song is “Stop The Cavalry” by Jona Lewie and every time that he scores, a Mackem cries. What a boy.

It’s the work ethic shown in his extra-curricular studies, combined with the appreciation for the position he finds himself in as a professional footballer after Sunderland picked him up from Altrincham in 2013 that has spurred Watmore on to resurrect a career blighted by major injuries.

After breaking onto the scene as the Mackems clinched Premier League safety under Sam Allardyce, Watmore netting 3 goals and being named Supporters Young Player of the Season, the signs were very promising for the forward especially after being a member of the England U21 side that won the Toulon Tournament that summer alongside the likes of Jack Grealish and Ben Chilwell.

However, after being an ever present in Sunderland’s side to start the season, Watmore suffered the first of two ACL injuries and he became a figure that was indicative of the slide the Mackems were on. The next time Watmore stepped foot on the pitch for the deckchairs it was in the Championship. He only managed six games before the injury happened again.

After being a hotly tipped Premier League prospect, two devastating injuries and two years on the sidelines meant that Watmore and Sunderland found themselves in League One.

Recurring ankle and muscle injuries, potentially brought on by a more cautious approach to running and the impact of the hectic EFL schedule on a body that had barely faced competitive output since 2016, meant he was never able to recapture the type of form he’d shown under Allardyce. As Watmore conceded in a recent interview with The Athletic “there were times when I genuinely thought I wouldn’t play again and I’d have to stop”.

With a contract signed in the Premier League making him one of the highest earners at the club, the decision was made to release Watmore, ending his seven year stint on Wearside. Those seven years amounted to just 87 games in all competitions and 8 goals, with his best showing being the 15/16 season under Allardyce in which he’d play 23 times and scored 3 goals. 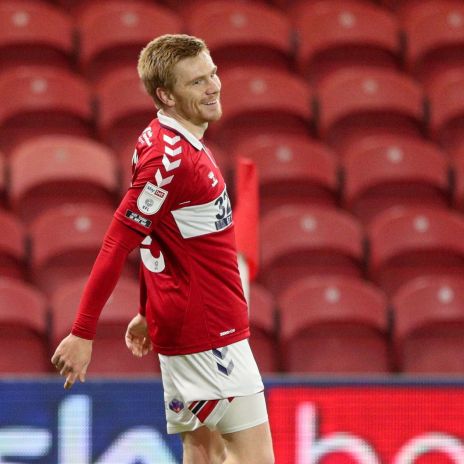 Those factors made Boro’s decision to offer Watmore a chance to train with the first team and eventually earn a short-term contract a bit of a head scratcher. While we were in need of reinforcements, the former Man United youth prospect hadn’t even been able to make an impact in League One as part of a Sunderland side who, to Boro fan’s glee, had struggled in the third tier of English football.

That made Duncan Watmore’s impact on the Boro all the more surprising. After setting up Britt Assombalonga for the opener in a 3-0 win against Derby on his debut, Watmore took the spotlight from Father Christmas and made December his own.

A run of 5 goals in 6 appearances earned Dunc the Championship Player of the Month award after braces against Swansea and Millwall, with a consolatory effort against Sheffield Wednesday. His double against Swansea also earned him one of Boro’s dressing room standing ovations that Neil Warnock has introduced this season.

Watmore’s predatory instinct in front of goal and movement across the front line gave a faltering Boro attack an added zip while his ability to play outwide meant that Warnock had options during a congested flurry of fixtures. Most importantly, Watmore had begun to prove his fitness by playing in seven games in three weeks, leading to a two and a half year contract in January as Boro looked to quickly kill off any potential interest from Premier League teams in their new number 18.

With his long-term future secured and regular game time under his belt after so long, Watmore must have been cursing his luck when he contracted COVID-19 following an outbreak at the club. The lingering effects of the virus had seemed to hit Watmore particularly hard, with the forward’s laboured performances reflecting the New Year hangover enveloping the team as Boro only picked up 4 points from a possible 21 to begin 2021.

It must have felt like a double whammy when Yannick Bolasie, Neeskens Kebano and Nathaniel Mendez-Laing arrived at Rockliffe to offer major competition to the 26 year old. Not only is his place in the starting eleven under constant threat now, it may be that his form in December was what helped convince Neil Warnock and Steve Gibson to take a gamble on Bolasie and Mendez-Laing, both of whom have concerns over a lack of match fitness. If Dunc can do it why can’t they?

However, Watmore doesn’t seem like the type of guy to let that get him down. After suffering such a long period out through injury, a process that probably isn’t appreciated enough as a dark and miserable time by fans because players have nice houses and elite medical access, Watmore seems like the type of guy to relish a challenge and if last night is anything to go by; he’s more than up for it.

With another typical Boro evening on the cards as them Reds trailed Huddersfield 1-0, having barely laid a glove on the second worst defence in the Championship, Watmore sparked our 2021 into life. While the rest of the world was paying attention to Lionel Messi passing the torch to Kylian Mbappe in the Champions League, it was Watmore’s goal that was truly Die Meister, Die Besten.

Making the most of Lewis O’Brien’s slip in midfield to take Ashley Fletcher’s header down the right wing, Watmore hurdled Naby Sarr’s lunging tackle and shimmied past O’Brien, just in time to spin Sarr out of his boots again before making his way into the box and curling the ball into the far corner with his left peg. If that had been Messi, we’d be talking about it for years.

Seizing the initiative laid down by that beauty of a strike, Boro were soon in front as Ashley Fletcher’s penalty somehow squirmed past Ryan Schofield into the Huddersfield goal.

Watmore, Kebano and Fletcher showed some exciting flashes during the first half as they pulled the Terrier’s defence out of position, a massive relief after a run of games that have lacked excitement, and continued into the second half.

Even as Huddersfield came back into the match, especially after Paddy McNair’s sending off, Watmore buzzed about and helped to relieve pressure on the defence by flying past Huddersfield players and dribbling up the pitch as Boro secured a much needed win. 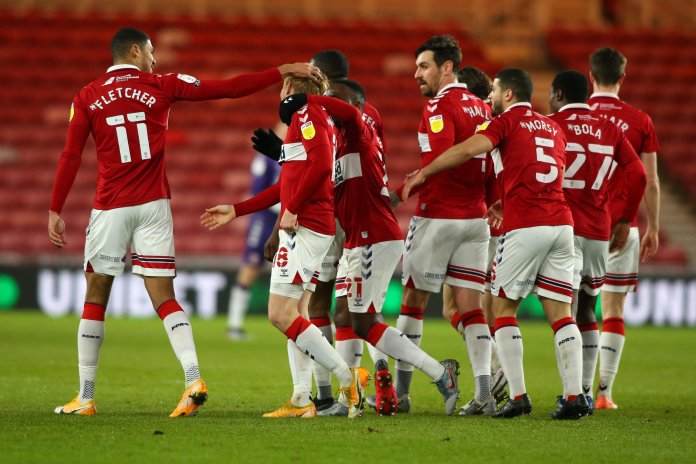 Twice now, after Boro have gone through poor runs where they have lacked real cutting edge, Duncan Watmore has provided the spark to keep the season on track and is the team’s top scorer. This is already his best goals return for a season since scoring 14 for Altrincham in the Conference North and, despite the influx of shiny new toys at Neil Warnock’s disposal, might be the gaffer’s best bet at keeping pace with the top six.

If the past four seasons have been a nightmare for Duncan Watmore, this has been a dream so far. He’s resurrected his career and found a home at Middlesbrough. Oh, he got his Masters too.