Everything about Tuesday’s defeat to Bristol City screamed Typical Boro. As Famara Diedhiou, heavily linked with a move to Teesside in January, headed in the first Bristol goal in five games in league and cup – Typical Boro.

As Ashley Fletcher limped off the pitch in the first-half after returning from injury with a bang – Typical Boro. As Boro’s usually resilient defence wilted and allowed Diedhiou and Nahki Wells, another banker for a goal against Boro, to run riot and put the game to bed after 37 minutes – Typical Boro.

As Nigel Pearson, former Boro skipper and a terrace go-to when the hotseat is vacant at the Riverside, oversaw The Robin’s first win in eight games – Typical Boro. As Neil Warnock’s side followed up two much needed, hard fought victories against Huddersfield and Reading with a lifeless attempt to keep pace with the top six – Typical Boro.

While the Typical Boro tagline has usually been reserved for a former player scoring against us, fluffing a golden opportunity or seemingly always being on the wrong end of a refereeing decision, in recent months a new scenario has come under the umbrella of inevitable despair. Inconsistency has become Typical Boro on almost a game to game basis. 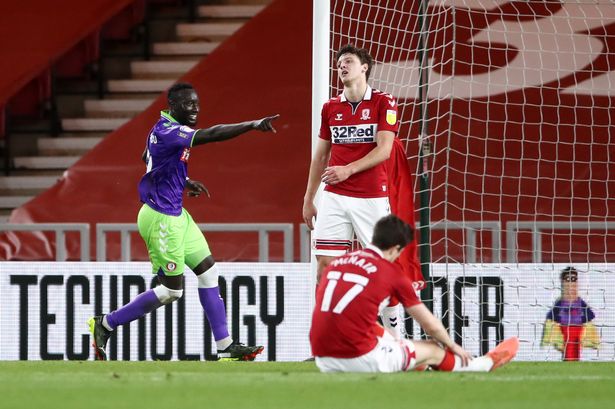 The slip-up against Bristol City has been mirrored throughout the season. The dismantling of Nottingham Forest was followed by defeats to Blackburn and Rotherham. The stout shithousery to take a point at Carrow Road was followed by Keystone Cops levels of defending against Brentford. The Duncan Watmore inspired win against Swansea was sandwiched between losses at Huddersfield and Stoke.

The 3-0 defeat to Preston was the precursor to a 3-0 win against Millwall. The only thing consistent about Middlesbrough, certainly from December onwards, has been the guarantee that not even Neil Warnock knows how his team are going to perform once the whistle blows on a matchday.

There are some key reasons for this. Firstly, a drum that can’t be banged hard enough, the core of this current squad was almost relegated last season. While it’s fair to say that should never have been the case in the first place, given the money invested into the team, it has had a clear impact.

Of the 20 man squad named for the game against Bristol City, 11 of them played for Boro last season and all of them bar Marc Bola and Anfernee Dijskteel were regulars in the team throughout the campaign. Of the nine new boys, four have been here for a matter of weeks and Grant Hall has dealt with two significant injuries that have kept him on the sidelines.

Despite the balls to the wall, resolute performances that were part and parcel of the early season success, there’s a mental fragility that accompanies the side when things don’t stick to the script set out by Neil Warnock. Plenty of opposition managers have noted this season that Boro are happy to be out of possession and it’s true.

When teams are sucked into Warnock’s Way and become mired in a carousel of sideways passing and firing crosses in, allowing Dael Fry and Paddy McNair to head away ball after ball and Duncan Watmore or Marvin Johnson can launch a counterattack, Boro are in dreamland.

When teams sit off and put the onus on Boro to run the game or attack the backline with direct pace and fast-flowing football, they tend to crumble under the pressure. 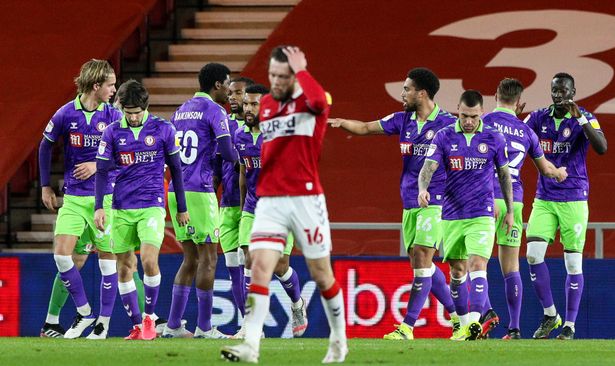 Sure, there have been times when The Reds have gone off-script and won on talent alone as they did against Huddersfield or by being greater than the sum of their parts as was the case against Birmingham but they’ve been few and far between.

This is compounded by the fact, to steal one of Warnock’s favourite lines, there isn’t any natural leaders at the club. The likes of Jonny Howson and Paddy McNair, as brilliantly as they have played for the majority of the season, are not real leaders. They’re leaders by example which has worked fine when everyone is bang at it, but in the moments when they have wavered or things aren’t going to plan, their silence on the pitch is deafening.

Boro lack a player who, as Grant Leadbitter did so well, will roll up his sleeves and drag his teammates by the scruff of the neck into a game. There’s nobody on the pitch who instils a tiny bit of fear into the rest of the boys. Not in a bullying way but in a “shit, I don’t want to let him down” way.

As well, this is just what life is like as a middling Championship team. That might be a bitter pill to swallow for some after years of being accustomed to promotion being the only aim and the glories of yesteryear, but realistically Boro are at the minute, a bang average Championship team.

Not club. This has nothing to do with the wonderful facilities at Rockliffe, the support or the history of the club. This is simply a team that is coming back from nearly joining the Mackems in League 1 and isn’t equipped to dominate week in week out in the Championship.

The consensus that “anybody can beat anyone in the Championship” has arguably never been truer and a quick blitz around the teams surrounding Boro shows that we’re not alone in on the form rollercoaster. Saturday’s opponents Cardiff are flying at the minute with Mick McCarthy at the helm but only took 2 points from an available 21 through mid-December to the start of February. Stoke have won twice since Boxing Day.

Reading have lost four of their last five including being beaten by bottom club Wycombe. Blackburn have lost 5 on the spin and QPR are a symmetrical 10-10-10 in wins, draws and losses this season. Even high-flying Swansea were battered 4-1 by Huddersfield at the weekend and media darlings Brentford had lost three in row before last night.

Again, whether a club with the expectations of Middlesbrough should be a middle of the road Championship outfit is a debate for another day and something that will take more than Neil Warnock to fix in the long-term. That is something that must already have started to be addressed behind the scenes, at a time when the on-field situation is in safe hands, and not left until the summer. The situation at the club must not be based solely on whether the play-offs happen or not, either.

Resting on our laurels because of overachieving and somehow snatching sixth place in a season of steadying the ship is something Steve Gibson can’t afford to do especially with the obvious flaws of both the first team and the wider set-up at the club so openly on public display and as more and more clubs begin to reap the benefits of embracing modern philosophies.

Nobody wants Typical Boro to morph into Middling Middlesbrough, after all.