It started with a mazy Adama Traore dribble before a pass out to George Friend on the left flank. The Boro stalwart hit a fittingly gorgeous cross into the box. We know what happened next.

Friend’s cross was met by Marten de Roon whose header squirmed through Claudio Bravo’s hands. Cue pandemonium in the away end. No performing for the camera. No selfie sticks or vlog reactions. Just pure, unadulterated, explosive LIMBS. With a stoppage time equaliser at the Etihad, de Roon cemented himself in “On This Day” Boro fame for eternity.

The Dutch midfielders year on Teesside was a divisive time for Boro fans. His transfer fee, which was reported as a record equalling £12 million for most of the season before being repealed to £11.75m as relegation loomed, was a major sticking point. It had been nearly ten years since the club had paid anything like that for a player and many fans expected the same level of quality that the reported figures would have bought in 2008.

However, brought to the club as a highly rated ball-winning midfielder, de Roon wasn’t supposed to live up to his price tag with goals and assists. The fact that he was pushed further up the pitch as the season wore on and would become Boro’s most advanced midfielder after Gastón Ramírez was sidelined only helped to muddy the waters on the true purpose of de Roon’s role within the team. 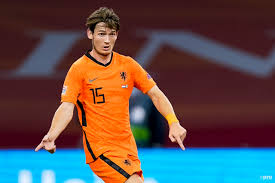 There was also a large section of support for the man who scored the only goal in a late season Tees-Wear derby. Those who recognised that de Roon wasn’t bein utilised correctly and was still doing his best to pull the club to safety while others were already preparing to jump ship. Those who will always say that he was class, mint and cool and will always refer to him as Big Fucking Marten de Roon (BFMDR).

Those sentiments have been strengthened since the Dutchman returned to Atalanta. Playing in his true position for the Serie A hipster favourites, de Roon has been the only calming defensive influence in Gian Piero Gasperini’s chaos theory of relentless attack. Atalanta want to and often will win games by scoring the most goals, defending be damned.

BFMDR now takes that energy into the European Championships as part of a Netherlands squad that return to the international stage after failing to qualify for the last two major tournaments. That’s great, really. There isn’t many other teams that are as class, mint and cool as the Oranje.

Whether it’s Marco Van Basten’s immortal volley at Euro ’88, Robin Van Persie’s flying Superman header at the 2014 World Cup, Johan Cruyff and Total Football or the striking vibrancy of their orange shirts, it’s *just right* having the Netherlands back isn’t it?

From the outside looking in, things look set up for the Dutch to reclaim their place as one of the dominant forces in international football, starting with a strong showing at the Euros.

In midfield, the Dutch have an embarrassment of riches with Barcelona’s Frenkie de Jong, Ajax’s exciting teenager Ryan Gravenberch, Gini Wijnaldum who enjoys a more attacking role for the national team than he does at Liverpool (with 8 goals in qualifying) and Donny van de Beek being supported by the more conservative de Roon.

The star of the show up top is Memphis Depay. The winger/forward isn’t the hit or miss prodigy that left Manchester United under a cloud of disappointment in 2017. Depay finished joint second in Ligue 1’s scoring charts this season with 20, only bettered by Kylian Mbappe, and looks set to join the Barcelona rebuild this summer. The sizzle has some steak now.

Memphis is supported by PSV’s Donyell Malen and VFL Wolfsburg’s massive Wout Weghorst, who netted 27 and 25 respectively in all competitions for their club sides in the past twelve months.

Without another traditional powerhouse in their group, which features Ukraine, Austria and North Macedonia, the Netherlands look to have a smooth path into the knockout rounds.

Unfortunately for Boro fans looking for a “second team” to get invested in to keep themselves entertained this summer, some of the problem lies with Marten de Roon.

While the Dutch used a 4-3-3 system in qualifying and on their way to the Nations League Final, Frank de Boer (he of Crystal Palace infamy) has experimented with a 3-5-2 in recent friendlies with de Roon offering an extra layer of protection for the centre-backs. They’ve drawn 2-2 with Scotland and beat Georgia 3-0 last night but de Roon has been battered by the Dutch media and fans.

From the NOS coverage of the game against Georgia, this came from the half-time analysis – “We are looking like a child who tries riding a bicycle for the first time without training wheels. This gives us zero confidence for the game vs. Ukraine. De Roon needs to get subbed off too”.

And that was putting it nicely.

In the first half, de Roon lost the ball 13 times, one more time than he did in the full 90 against Scotland and De Boer admitted after the game that “he shouldn’t be the one on the ball too much”. For a side and a nation destined to play Total Football, de Roon looks to be a bit of a road block. 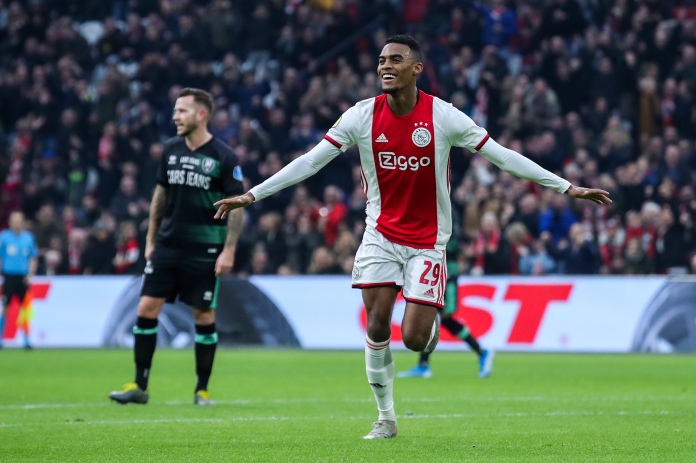 It’s not helped that he is also blocking the path of Gravenberch, who scored after coming on against Georgia, the 19 year old who won the Johan Cruyff award for the best young player in Eredivisie.

This conservative approach, which may be needed later in the tournament, puts immense pressure on the only two regular goal scorers in the squad Wijnaldum and Depay. Weghorst and Malen only have three international goals between them and former Geordie Luuk de Jong is an impact sub at best now.

Even with de Light and de Vrij, there is a defensive fragility to this side as shown by the 4-2 defeat in March to Turkey that has complicated the Oranje’s World Cup qualifying campaign which might have pre-empted de Boer’s move to experiment with his formations.

The Netherlands will also be without first choice goalie Jasper Cillessen after the Valencia man contracted COVID-19 meaning either Tim Krul off a solid Championship season or Maarten Stekelenburg, only back in favour at Ajax due to Andre Onana’s suspension, will be guarding the Dutch goal.

Their path through the tournament is also an issue. While Austria will be almost solely reliant on the performances of Marcel Sabitzer to progress, Ukraine are a rising force under the guidance of the legendary Andriy Shevchenko and North Macedonia won’t be turning up to their first ever international tournament to roll over. They did beat Germany in World Cup qualifying in March.

Topping their group might not be the best thing for the Netherlands anyway as it could potentially set up a Ro16 meeting with either Portugal, France or the old enemy Germany.

Whatever happens to the Netherlands this summer, it’s just a pleasure to have them back. They are class, mint and cool. As long as they leave Marten de Roon alone.