It was fitting that Marcus Tavernier lined up next to Dael Fry to model the new Boro away kit because over the past 12 months he has become one of the team’s main men.

He may not have been named Player of the Season, but you’d be hard pressed to find anyone that doesn’t think that Marcus Tavernier is Middlesbrough’s most important player.

Through a combination of data, enjoyment of games and having a pair of eyes, it’s clear that the Boro simply aren’t the same team without Tav on the pitch.

The midfielder would’ve scooped up a larger share of the end of season accolades if he hadn’t missed 17 league games through various recurring injuries and perhaps Boro could’ve squeaked into the play-off places.

When he was on the pitch, Boro were picking up an average 1.59 points per game, a record Tav shares with Anfernee Dijksteel which was the highest average of any player who featured in more than 5 games for Neil Warnock’s side.

In the 17 games that Tavernier missed last season the team only picked up 18 points from a possible 51, losing 9 times and winning 5, with two of those wins coming to relegation battling Rotherham and Sheffield Wednesday late on in the campaign.

Neil Warnock and supporters alike often bemoaned the Jekyll and Hyde nature of the squad last season and some of that was down to not having the twinkle-toed Academy graduate on the pitch.

Without the 22-year-old, Boro often looked unsure of what sport they were meant to be playing as they got stuck in the monotonous pendulum swing of hoofball.

It seemed to be a bit of a reach last summer when Warnock compared Tavernier to Mason Mount and especially so now looking back at what has been a banner year for the Chelsea man, who finds himself as a key component for both the Champions League winners and England.

However, Warnock might’ve been onto something. Like Mount, Tav buzzes round the final third, drops into midfield to link up play into the forwards and his endless enthusiasm drives the team on while his defensive work rate goes slightly underappreciated.

Both men are crucial to their clubs and their importance is amplified when they’re not there.

They control the tempo of attacks and it’s that metronome-like influence that Boro missed most when Tavernier was injured because they didn’t have another player on the books to fill that role.

In that snippet where Warnock mentioned Tav emulating Mount’s progression, he did caveat it with the need for the youngster to improve certain aspects of his game saying “He’s got some great attributes and good habits and one or two not so good so all being well we can put him in the right direction and he can become a very good player.”

“Not that he isn’t now, but I think he could become even better.”

It certainly looked like that Tavernier was heading in the right direction when he was on the pitch last season, with the midfielder having a greater impact on the overall game than in previous years.

It was his goal saving tackle that kept things level against Coventry before Chuba Akpom broke the deadlock, his driving run that opened things up for Marvin Johnson to tee up Akpom’s winner against Luton and his banging left foot strikes that put games out of reach against Millwall and Wycombe.

Duncan Watmore grabbed the headlines in a 2-1 win against Swansea, arguably Boro’s best performance of the season, but it was Tav who put the Reds on the front foot and caused chaos in the Swansea backline while he helped to calm a game that was littered with Teesside aggro when he came on against Preston.

He’s come a long way from being the 18-year-old who struck the winner in a Tees-Wear derby and the frustrated youngster who was left waiting in the wings by Tony Pulis. 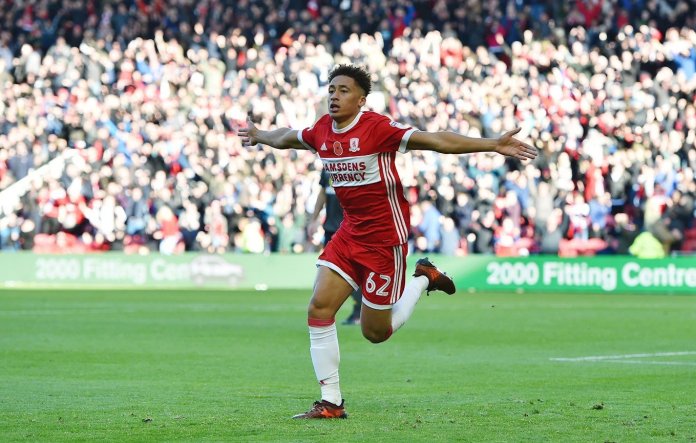 Last season didn’t come without its struggles though and with those niggly injuries hopefully cleared up after being strategically sidelined at the end of the campaign, Tavernier must now look to hit another level for Boro and polish up the inconsistencies in his game.

While some of it comes with being the type of player he is, one of the only members of the squad truly comfortable and capable of dribbling past the opposition, nobody was dispossessed more often for Boro last season than our number 7.

As Warnock finishes off another crossword in the Cornwall sunshine and pulls out a leftover sausage from last night’s BBQ from his bumbag, Ronnie Jepson will be beating into Tav the need to release the ball quicker.

With over 100 appearances under his belt now and given that he’ll be a guaranteed starter when fit, this has to be the season where the boy becomes a man in terms of goals and assists.

Last season’s tally of four goals in all competitions equalled Tavernier’s record and he was joint third in the team for assists with 4 but we gotta pump those numbers up, those are rookie numbers in this racket.

Even with the fact that he missed over a third of the season, he was still outperformed in assists by Luton’s Harry Cornick, Huddersfield’s Isaac Mpenza and Cardiff’s Sheyi Ojo who all managed 7 while Yannick Bolasie and Neeskens Kebano almost surpassed him with 3 each in nearly half the game time.

An improved contribution in front of goal will be much needed to make Neil Warnock’s system tick, as responsibility for scoring and creating is spread throughout the team, while if you have a pessimistic view on the team’s chances on promotion it’s needed to increase the price of any future sale.

Someone who is yet to hit double figures for goals and assists in a season will not command the type of figure that would make losing Tavernier palatable and would definitely fall way short of the £15-20 million value some Boro fans place on his head.

Of course, some of that will be down to the finishing prowess of Uche Ikpeazu, who said after the friendly against Bishop Auckland that he’s “looking forward to playing with Tav, we’ve already got a good connection”.

Ikpeazu can rely on at least getting the ball in shooting range from the Boro schemer who topped the team for key passes (any pass that leads directly to a shot) with 1.3 per game last season. Tav ranked 29th out of all players in the Championship last season in that category.

Another factor in the midfielder’s continued development will be where Neil Warnock chooses to deploy him once the season kicks off. His versatility has been an ace card for Warnock and a number of Boro’s players will be expected to be fluid in their positions depending on the formation but finally nailing down a consistent role can only benefit Tavernier.

In the 29 games he played last season, the 22-year-old played at wing-back, on the left of a midfield three (a Number 8 if we’re being nerds), on both wings and as a Number 10.

With the apparently imminent arrivals of Matt Crooks and Martin Payero to bolster the midfield and the role that he’s been given in the first two pre-season friendlies, it seems like Neil Warnock envisions Tavernier primarily playing as a Number 10 with the licence to float across the pitch.

It’s hard to put too much stock into the friendlies given the level of competition and with the club still looking for significant incomings in the transfer window, but Warnock has fielded very strong teams to start both games and that central role utilises Tav’s attributes to the fullest. 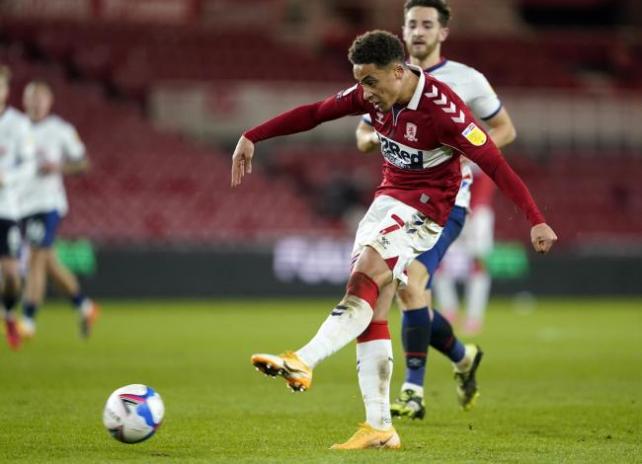 His best performances last season, specifically against Millwall, Wycombe, Preston and Swansea all came while beginning the game centrally and then roaming into any areas of space.

It’s tempting to play him from the right, as one of the pacier members of the squad and with the ability to swiftly cut inside and shoot, but he can get frozen out of games when isolated out wide. Extra reinforcements to the team are needed to stop Tav from being forced onto the flanks.

Playing behind Ikpeazu will also put Tavernier closer to goal, able to pick up any knock downs from the big fella to shoot or slip a ball in behind while rotating positions with the wingers/inside forwards will create more space to work in, making defenders lives a nightmare rather than giving them the ability to double up on him and pin him to the touchline.

The most important thing for Tavernier though is to be fit. He needs to be well rested and ready to go because a lot of our hopes are resting on his shoulders.

As he enters his fifth season as a professional, it is time for Marcus Tavernier to finally become a man. The main man.