Tony Pulis once said that “Dael Fry can be anything he wants to be”. For a long time, Middlesbrough F.C. and its fans have wanted Dael Fry to be a lot of things.

They’ve wanted Fry to be the “Berwick Hills Beckenbauer”. He was ordained as the next Ben Gibson shortly after his debut at the age of 17, coming away from a 0-0 draw at Preston North End with the Man of the Match award, along with inflated expectations from supporters.

Under Pulis, he was asked to be a right full-back as the Welshman looked to break the world record for fielding the most centre-backs in a starting eleven.

The captains’ armband was thrown at him on occasion before he’d even made 100 senior appearances for the club.

There was hope that Fry could go onto emulate his hero Jonathan Woodgate and it certainly looked like that pressure got to him at times when Woody was in charge, as the local lad was tasked with leading a makeshift and inexperienced back four. 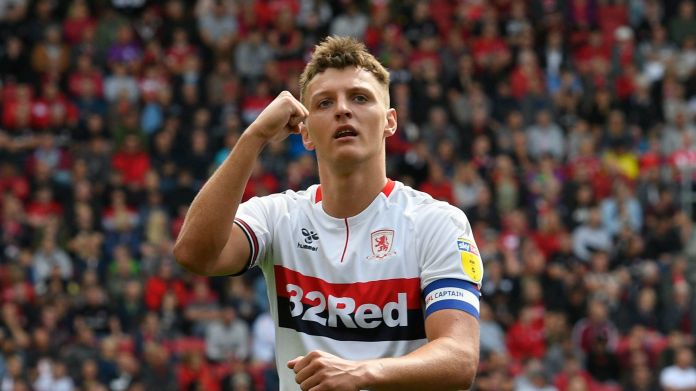 However, under Neil Warnock’s guidance, Dael Fry has stopped trying to be what everyone else wants him to be. He’s stopped trying to live up to the nicknames and the ghosts of Boro defenders past. The 23-year-old has simply focused on being Dael Fry and Dael Fry is a fantastic defender.

It would be easy to reel off the statistics and wax lyrical about how no Boro player made more blocks per game last season than Fry or how he made more interceptions each game than any other centre-half at the club but it’s when he wasn’t playing that shows the quality Dael has and which proves his importance to the team.

In the 32 games Fry played in the Championship last season, Boro kept 12 clean sheets. Without Dael Fry at the heart of defence for 14 games, they only managed 1 shutout. The Boro defence is not good enough to mount a play-off push without his influence.

There was a time when it was clear that Fry needed a senior partner next to him, a Gibson or Ayala, to help guide him through games and the absence of those two seemed to overwhelm him at points during the 19/20 season. How the tables have turned. It’s now the other defenders who need Fry to lead the backline and guide them.

Paddy McNair scooped all of the end of season awards and they were deserved, the Northern Ireland international was bloody brilliant for the majority of the campaign, but his capability to play in a back four has rightly been called into question.

There were moments where McNair looked lost and made huge mistakes that led to goals or chances, especially in the second half of the season. It’s no coincidence that the majority of those poor performances and mistakes came in games where Dael Fry was watching from the stands.

That’s not to say McNair is a liability to either the defence or Fry. In fact, it’s McNair’s ability to bring the ball out of defence that has been a major factor in Fry reaching a new level of defensive prowess.

With Paddy tasked with carrying the ball from deep, the “Boro Lighthouse” has been able to focus on defending first and foremost.

He’s still able to somehow find himself dribbling into the final third at least once a match but having McNair alongside him, who is even better at that, has taken some of the weight off Fry’s shoulders.

The expectation, particularly from Woodgate, for Fry to juggle being the main fella in defence and also to be integral to starting attacks was unfair for a young man still learning the dark arts of defending and blossoming as a player.

He’s found it much easier to cover for Marc Bola’s attacking excursions than he did with Hayden Coulson because Fry isn’t having to bail back at breakneck speed from beyond the centre circle each time a move breaks down.

Right, time for for reader interaction. Apart from being the top five scorers in the Championship last season, what else do Ivan Toney, Teemu Pukki, Lucas Joao, Adam Armstrong and Kieffer Moore have in common?

Anyone? Yep, that’s right. Not a single one of them managed to score from open play against Boro when Dael Fry was on the pitch.

Neither Joao, Armstrong or Moore managed to net against Boro either home or away while Toney’s goals came in the 4-1 defeat that Dael was absent for and Pukki had to make do with a penalty in the Tav Two-Kicks games at the Riverside. He was shut out at Carrow Road.

124 goals between them and the five most lethal goalscorers in the Championship managed a solitary penalty in 9 games against Dael Fry. There is no denying that he’s one of the best defenders in the division and arguably the best of them all.

Coming up to his 24th birthday, Fry has matured both in his skill for reading the game and physically. There’s no danger of a slight and skinny Fry being targeted and bullied by opposition strikers. He’s from Berwick Hills Boro and he’ll stick a nut on you if you dare go up for a header.

Daelo even has the scars to prove it now, after almost losing his eye against Blackburn, thanks to Jarrad Branthwaite’s Big Show impersonation when the Everton loanee threw a Big Boot at Fry. 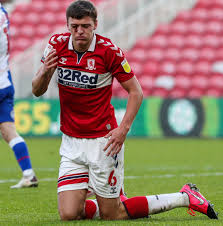 The header that flew into the net against York also showed the improvements that Fry has made to his game. At 6ft 4, Fry is a huge target from set-pieces and will be desperate to add to his solitary senior goal. With Grant Hall, Uche Ikpeazu and Matt Crooks also commanding attention from opposition defenders, he’ll fancy himself to get a few more this season.

Like another of Boro’s key men for this year, Marcus Tavernier, the biggest drawback on Fry’s game is his availability. The defender has never managed more than 36 league appearances in a season and he must be fit for Boro to thrive in the upcoming campaign.

Warnock will not have been happy with the goals that were conceded at York and the litany of comical errors that helped to grind last season’s play-off push to a halt. He will expect better this time round but he’ll also be quietly confident that his first choice defence are more than up to the challenge because we’ve got Fry. He knows that his team can shutout quality attackers regularly because we’ve got Fry.

Neil Warnock knows that his team have the defence to mount a charge at the top six because, at the heart of it, we have Dael Fry.