Sam Morsy has layers. Underneath the ankle biting, leg snapping Ballon d’Shithousery, Morsy seems like a really good bloke. The type of fella you wouldn’t be upset about going out with your sister or daughter because he’d always treat them right.

He’s a bit underrated in the looks department as well, you know.

The Egyptian midfielder is days away from the start of a season where he looks set to be the man to anchor Neil Warnock’s midfield but he still found the time to make an appearance at the Latics Legends match at the weekend, a charity football game organised in aid of the Joseph’s Goal charity.

Joseph’s Goal was set up by Paul and Emma Kendrick to raise funds for research into Nonketonic Hyperglycinemia, a life-limiting genetic condition that their son Joseph was born with.

Morsy took to the pitch with Wigan legends like Gary Caldwell and Emmerson Boyce, with a week to go until Boro face Fulham to kick-off another Championship campaign.

It may have been a charity game but Morsy (and Boro) could easily have said no, fearing an unlucky injury and quietly made a donation, but the midfielder decided to don the blue and white stripes one more time. What a bloke.

Make no mistake, Neil Warnock would’ve cursed his luck if Morsy had somehow come away from the game with a knock. The Boro gaffer views the midfield enforcer as a pivotal member of his squad, shown in the teams’ pre-season excursions.

Only Paddy McNair and Joe Lumley played more minutes in this summers’ warm-up games, with Morsy clocking up 371 minutes and while he does have a nice side, the fact remains that Sam Morsy is a monumental dickhead on the football pitch and it’s already made him a fan favourite.

That will only increase with every flying tackle now being punctuated by roars from the Red Army as fans make their return to stadiums in the UK, with Morsy filling the Adam Clayton-shaped holes in our hearts. We love a midfield bastard up here.

The former Port Vale man adds all of the battling midfield clichés to a Boro team that was a bit too nice at times last season. Tenacity, ferocity, bite, street smart, tough-tackling, you name it, Morsy adds it.

It’s that Tasmanian Devil spirit that has marked him out as the chief candidate to anchor the midfield this season, with Warnock looking to use his favoured 4-3-3 formation on a more regular basis.

Boro’s engine room became incredibly identikit last year, with Morsy, Jonny Howson and George Saville squeezed in to all effectively do the same job. This time out, with the signing of Matt Crooks and the imminent announcement of Martin Payero, Boro fans will enjoy a more forward thinking midfield.

That means it’ll be down to Morsy to patrol the middle of the park and smash the fuck out of anyone that dares cross the halfway line.

He will be expected to contribute to the more forward thinking midfield ethos as well and anyone that has watched Boro in preseason will be aware that Morsy is capable of that.

His clipped balls over the top will be vital to moving the play down the pitch much quicker than last season, something Warnock has mentioned countless times that needs to be addressed for this team to succeed.

It was one of those balls, that catches defenders off guard and scrambling to turn, that set up Chuba Akpom against Coventry City at the Riverside and Morsy will be aiming to hit them regularly to make the most of the pace offered by Duncan Watmore and Marcus Tavernier.

Despite being the anointed anchorman, a combination of injuries and isolation may see Morsy playing in a midfield two on Sunday at Fulham with Matt Crooks as the number 10, alongside a man who’ll be desperate to claim the Egyptian’s place from him.

Jonny Howson has faced some MAD disrespect this summer.

Did he look every single one of his 33 years in the second half of last season? Yes, he did. Was he extremely guilty of taking part in the mind-numbing hoofball that plagued Boro’s play-off hopes and had many fans mentally checked out with weeks to go? Yes, he did.

Is Jonny Howson still an accomplished, reliable Championship midfielder who can mix it with the best in the division? Of course he is.

In fact, just being nerdy and looking at stats, he might be better positioned for that anchoring role in Boro’s midfield than Morsy is.

There wasn’t really a defensive aspect that Howson didn’t trump Morsy in last season. Howson made more tackles a game (2 to Morsy’s 1.5), edged the Egyptian out on interceptions (1.3 per game to 1.2), made far more clearances (1.7 to 0.9 a game) and was able to do that while committing less than a foul a game (0.9) in comparison to Morsy who averaged 1.7.

It’s those fouls that might end up costing Morsy his place in the team, despite that side of his game being what endears him most to supporters. Howson only picked up one less booking than Morsy last season (7 to Morsy’s 8) but did it after playing ten more games than the Wolverhampton native. 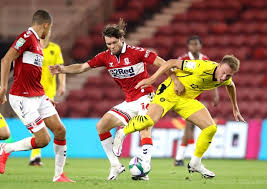 Morsy has to be smarter with his shithousing or the man that Neil Warnock says he “doesn’t have to worry about” might become a cause for concern. Five of those eight yellow cards came in the first half of games and on two occasions, against Forest and Preston, Morsy had to be removed before the second half kicked off to stop him getting sent off.

The current club captain is still capable with the ball at his feet as well. It was Howson’s shimmy and shakin’ and lovely one-two with Marvin Johnson that created George Saville’s winner against Coventry in March, with the skipper rolling back the years to his time as a much more attacking midfielder at Norwich and Leeds.

There also has to be some benefit of the doubt handed to Howson for his dip in form after the winter. Now in his 33rd year, the past two seasons have seen Howson rack up 7272 minutes on the pitch in the Championship for the Boro. That’s 82 appearances, 81 being from the start, with a restricted rest period between the end of the postponed 19/20 season and 20/21. 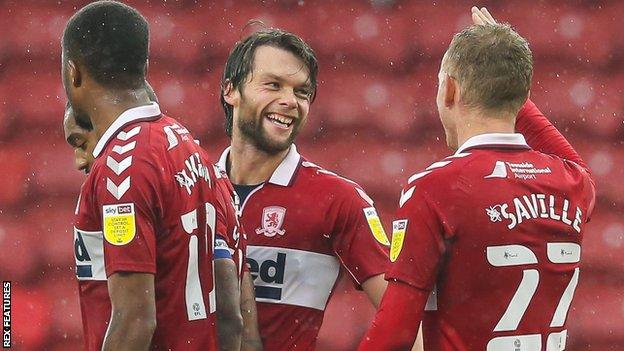 Jonny Howson, for all of his tireless efforts, was clearly a bit tired.

But this is why it’s silly to get so hung up on stats. They don’t tell the full story.

Howson did outperform Morsy defensively but some of that is down to the former Wigan warrior settling on Teesside and having to battle back from some niggly injuries.

The lockdown heartthrob version of Howson was far more likely to make a clearance than Morsy, but some of that is down to Morsy being more likely to bring the ball down and try to play it on the deck than boot it away.

That’s why Sam Morsy is going to be the main man at the base of Neil Warnock’s midfield this season. He’s more comfortable on the ball and there’s much more to come from a player who’ll be eyeing a place in Egypt’s African Cup of Nations squad for the rescheduled tournament in January.

That’s not to discredit Jonny Howson though. He still has a key role to play in this squad, both on the pitch and off it, as an experienced and calming influence on a team putting together plenty of new components.

It’s when the team needs that bit of added leadership and knowhow where Howson is going to be most valuable, coming on to close out games from the hour mark onwards, and filling in for Morsy during the AFCON which could see the 29-year-old miss as many as 6 games depending on how The Pharoahs bring their squad together and how they do in the tournament.

That we can even have this discussion between an international player and a seasoned veteran like Howson is credit to the recruitment done so far this summer. Not to evoke the ghosts of 2020 but…we’ve got options especially if Warnock opts for a midfield trio.

Tav and Crooks can link up to the attack in the more advanced role to the left, Payero and Paddy McNair can both deliver from the right and Morsy and Howson will battle for the anchor spot at the base, averting chaos and kicking people.

An area that was a real issue at the start of the summer suddenly looks quite promising.

Neil Warnock might have to choose between Jonny Howson and Sam Morsy at some stage this season but on Sunday he’ll need them both and they’ll be more than ready.