When people start to pile through the turnstiles at the Riverside Stadium, that’s how long it will have been since the last time our ground hosted a match in front of a proper crowd. A crowd not affected by capacity restrictions or social distancing,

For the first time in 530 days, the Boro are back at home and I’ll tell you what, I’m fucking buzzing for it.

Being home again. Being surrounded by all of my mates on a Saturday afternoon where the *only* thing that matters is how well 11 boys in red kick a ball round a patch of grass.

This past week has been the best week I’ve had since the pandemic started and it’s because I’ve been back at football. I’m not arsed how sad that sounds to “normal” people, if you don’t understand, you’re never meant to know in the first place.

Our little group of early season motorway cruisers that went to Fulham and Blackpool have clocked at least 780 miles this week. We’ve already started to dent our bank accounts.

There’s been pints, pitchers and some very sore heads the day after. For that, we’ve seen Boro have 1 shot on target, snatch a draw at Craven Cottage and get dumped out of the cup at Bloomfield Road. And you know what?

I wouldn’t change it for the world. 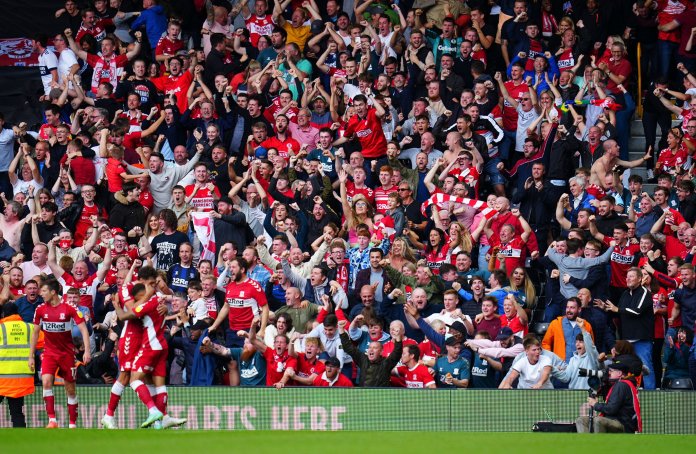 There will be plenty of time later in the season to get back to breaking down the team and the manager’s performances, their chances in the league and the future of this football club that we all love so dearly. Right now, I’m just enjoying the ride.

There’s been something incredibly liberating about going back to the football. Whether it’s mooching round London and whinging about the price of a beer, sitting on Blackpool seafront slurping down a pitcher of Woo Woo (because real men drink cocktails alright), bumping into old pals I’ve not seen in real life since the pandemic started or giving the Boro nod to fellow fans at service stations – life simply feels normal again.

When Marc Bola managed to squirm round in the Fulham box and smash the ball into the far corner, it was the most alive I’ve felt in the past 18 months. 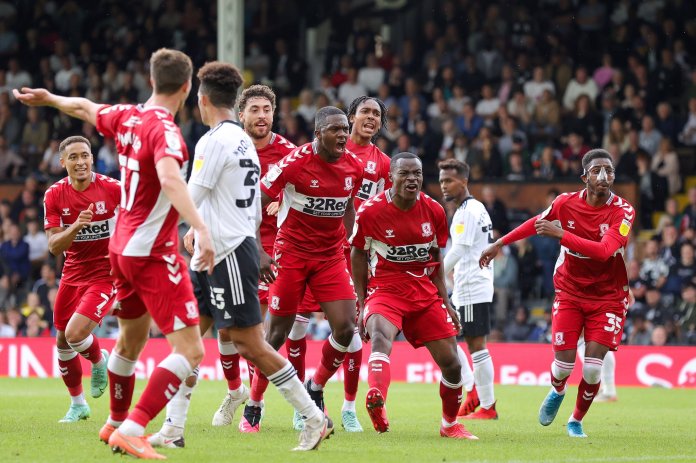 The feeling was surreal. After so long having to rely on a dodgy Wi-Fi connection to feel connected with my team, with my sofa playing a really bad substitute for the South Stand, there was a part of me that didn’t totally remember what that feeling was like.

The mad whoosh of energy that comes up from your gut and escapes out of your mouth to join thousands of others, pumping your arms and fists like Arnold Schwarzenegger on speed, grabbing your nearest mate in an eye popping headlock.

The dying embers of the initial celebration making way for high fives, quick man hugs and “get the fuck ins” before that sweet serenade infiltrates and overwhelms the senses as we proclaim Middlesbrough F.C. to be the finest team in football the world has ever seen.

It didn’t matter that for 95% of the game on Sunday we weren’t even the finest team in Craven Cottage. As Bola flicked the ice in the veins sign and Fulham retreated to the centre circle, the goosebumps came out.

You know the ones. When an entire end is in unison, thousands of people reaching the same feeling of ecstasy at the same time, when nothing else in the world matters. The air leaves your body and you feel, for a moment, like you’re walking on sunshine.

Boro tried for an equaliser and then were saluted from the battlefield with a waving Warnock looking close to tearing up as we let everyone know that the mighty Boro are going up.

Are we? Probably not. Did I scream it to the rooftops with every fibre of my being? You’re fucking right I did. I’m just buzzing to be back doing what I love, with the people I love, following the team I love.

It’s why Wednesday didn’t bother me in the slightest. The team were poor and were handily beaten by a Blackpool team that also rested players. It didn’t faze me one bit. Not just because our side featured a number of young Reds making their competitive debuts but because it was a sign of being back. 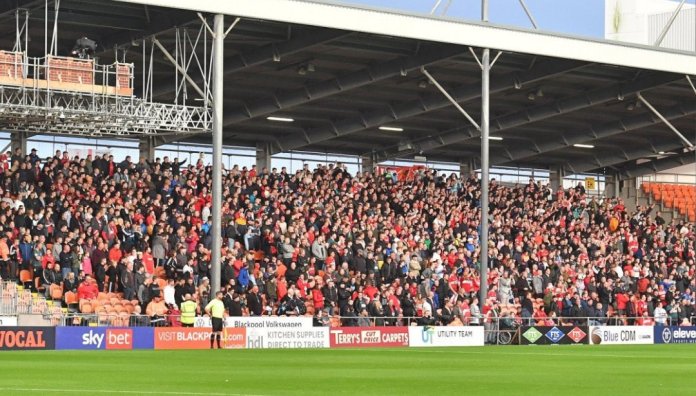 It was some of my mates first game back after they couldn’t make Fulham due to the early Sunday kick-off and it was bloody typical wasn’t it? Nearly a year and a half away and we lose 3-0 to Blackpool on a Wednesday night.

That fuzzy novelty will wear off eventually. I felt it dissolve for a moment when Sam Morsy misplaced his 10th pass of the night and when Joe Lumley looked to have been easily beaten by the second Blackpool goal. But rather than getting upset, I looked at my mates and shook my head before getting another song going.

It has been a brilliant week but there is no place like home and thousands of us are going to be like little kids at Christmas tonight.

We’re finally going to be home. The routine of a matchday is one of the things that can’t be explained to a non-football fans but it’ll lift so many grey clouds for people tomorrow being able to nip into their favourite pub, throw their lucky scarf or shirt on or grab a programme or jackpot ticket.

There’s people who sit near you that you won’t have seen since that game against Forest in March 2020 and you’ll be catching up with them too. You might not even know their names or backgrounds but you already know what they’re going to think of the formation or Ikpeazu. 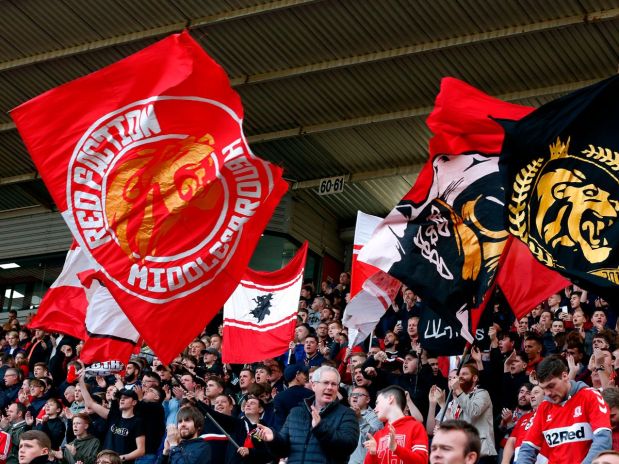 Unfortunately, some of those people might not be there tomorrow and it might not hit you until the first whistle goes and they’re not there. The old guy who sits four seats down who always kicks off about passing it back or the lady who always brings a flask of tea and leaves 10 minutes early to beat the traffic.

They might not be there tomorrow because of what we’ve all been through over the past 18 months.

So tomorrow, let’s make the most of it and do it for them. Be fucking proud and happy to be back at the Riverside. Wear red. It doesn’t matter if you’re going out afterwards or going straight home, shot something red on. A t-shirt, a Boro kit, a scarf, yer Mam’s best dress. Just wear red and get right behind the boys.

Don’t let Warnock’s calls for a raucous home support go unanswered. Let’s knock the dust and cobwebs off each stand and get the place rocking for 90 minutes.

There is no place like home. Let’s make it a homecoming to remember.