Rome wasn’t built in a day and the same can be said for Kieran Scott’s vision for Middlesbrough Football Club.

After the first week in his role as Head of Football (HoF), Scott has briefly spoken to MFC’s in-house media on his experience in football and what his role will entail at Boro.

The former Head of Recruitment at Norwich arrives on Teesside into a new role for the club and its infrastructure.

While that sort of does and sort of doesn’t answer the question, and with minimal extra information from the club, it is widely believed that Scott will be responsible for recruitment from the first team down through the Academy and in overseeing each footballing department of the club including scouting, sport science and development.

If true, that should include the researching and signing of players, identifying future head coaches/managers and through that helping to form an identifiable style of play for the Boro. 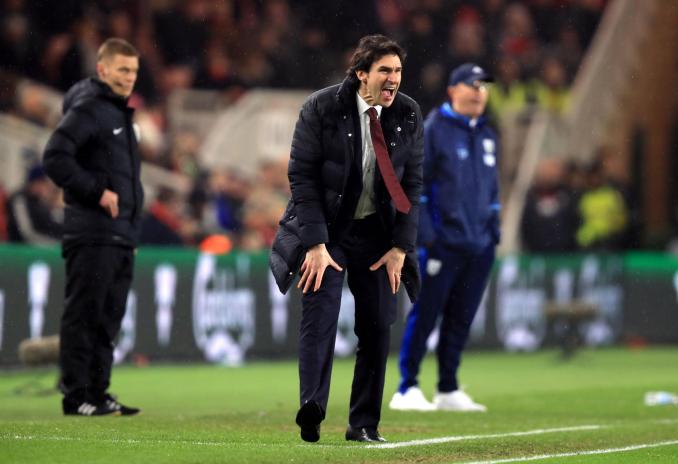 If that is the case, then it marks a move to finally bring Middlesbrough into the 21st century. A lack of clear long-term planning has haunted Steve Gibson and the club since the decision to part ways with Aitor Karanka in 2017.

The threat of relegation was not staved off after the scapegoat appointment of Steve Agnew and led to a summer of misguided big spending under Garry Monk, the effects of which we’re only just shaking off this summer.

Being burned by Monk led to a complete 180 degree turn to Tony Pulis, a “reliable football man”, whose style was the opposite of what was needed get the best out of the players at his disposal.

The soul-sapping football served up in Pulis’s second season and the ongoing impact of spending big money ushered in the “Golden Thread” era fronted by Jonathan Woodgate and Adrian Bevington that threatened to tank the club into League 1 before the arrival of Neil Warnock.

This backwards and forwards, loop de loop lurching from one footballing extreme to another that has constantly brought about the need to “rebuild” and revamp the playing squad on a seemingly annual basis is the exact reason Kieran Scott has been brought in.

By having a permanent, high-ranking official with footballing expertise the hope is that he can help to develop a long-term vision and plan for the club that doesn’t exist solely based on who the manager is. 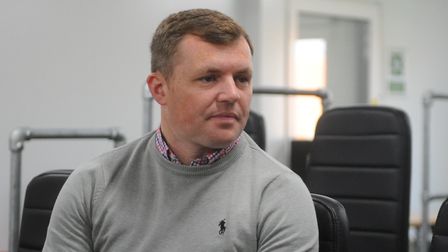 Scott, at 37, brings a host of knowledge and experience from a player recruitment and football perspective that was clearly lacking when Adrian Bevington was named Head of Recruitment.

Starting as an opposition scout at Bournemouth before being involved in Academy Recruitment at Burnley and Wolves and then acting as Head of Domestic Scouting at Norwich, a role which soon turned into Head of Recruitment, Scott has been heavily involved in the identifying, signing and developing of football players from youth levels right through to the first team.

It was his achievements at Norwich, working under Stuart Webber, that will be exciting Middlesbrough fans most. In Scott’s tenure at the Canaries, a host of players were signed that have played major parts in twice securing promotion to the Premier League.

The two golden geese of Scott and Webber’s transfer haul in that time are of course Emi Buendia and Teemu Pukki, but they’ve also been able to bring Tim Krul, Ben Gibson, Kieran Dowell, Kenny McClean and Onel Hernandez (now at Boro) in who’ve all had an impact on one or both promotion pushes, while balancing that with the departures of key men such as James Maddison, Jamal Lewis and Ben Godfrey.

In an interview with Norwich’s official All In Yellow podcast Scott outlined how he was then working as Head of Recruitment under Webber and Daniel Farke and how his team identified a prospective player.

“Nine out of ten times the player suggested by the scouting team is our type of player, they’re the right age, right salary, right sort of price. Then I filter through the outstanding candidates that go through to Daniel and Stuart”.

Defining what “our type of player” is at Boro is likely going to be Scott’s number one priority as he gets used to life on Teesside this year.

There’s been a bit of a nod to that in some of this summer’s dealings, with a view to unearthing potentially quality players at home and abroad who can eventually be sold on at a profit, which can then be partly invested into keeping that carousel going.

It isn’t just financially where Scott will have to decide what a Boro player looks like for the future. The key aspect will be in how they play and how they will fit into whatever plans that he and Steve Gibson have for the team going forward.

Again speaking to the All In Yellow podcast Scott remarked that it was easy to find players for Daniel Farke because “Daniel plays the type of football how I would like to play football.”

Should that be what Scott envisions Boro building towards, fans can expect a team that dominates possession and makes plenty of passes but uses that possession to quickly get up the pitch and penetrate defences, rather than focusing on solely keeping possession for possessions sake. 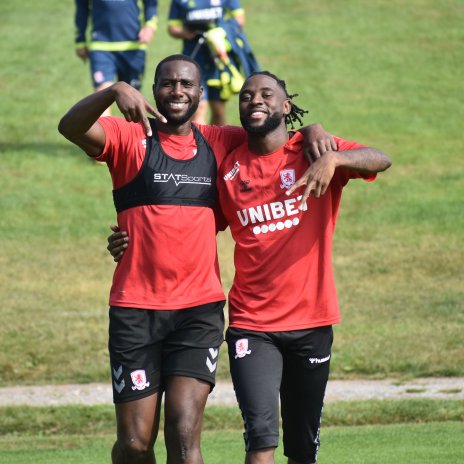 That mentality can be seen in the signings of Martin Payero and James Lea-Siliki, both midfielders who are keen to move the ball forward quickly.

To achieve something like that will take time and patience both from the football club and the fans. Kieran Scott is not going to help create an all-action blitzkrieging Boro side, appoint a young exciting head coach and have 5 Academy graduates ready for the first team in the first twelve months on the job. This is a new era for the club and Scott, which will take time to blossom and develop.

There’s no use whinging in January because we haven’t added five Teemu Pukkis or Steve Gibson shutting shop on another project this time next year because we’re still in the Championship.

At least for the fans, regular updates from Scott like Stuart Webber does at Norwich should help keep people on board, rather than the quick and rushed interview we got this afternoon.

That is another element to his appointment, with Steve Gibson so camera shy, having Scott around gives the club hierarchy a real spokesman and he seems to be a sound and engaging guy, from the in-depth interviews he did at Norwich. 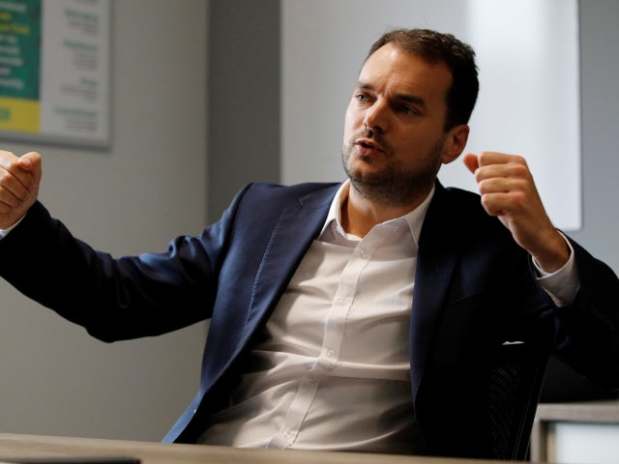 While he has a wealth of experience in all aspects of recruitment and has no doubt received some brilliant knowledge from Stuart Webber, Scott has never been THE MAN.

As a 37-year-old, he has never been in charge to such a degree. For all of the excitement around his appointment, there is no guarantee that it will work because he doesn’t arrive with a track record in such a high-ranking position.

There’s also the flipside of Scott’s time at Norwich to consider. While he was able to assist Webber in creating two promotion winning sides, the summer transfer window that preceded their return to the Premier League in 2019 was a disaster.

Norwich finished rock bottom on 21 points, with only five teams ever posting a worse final tally in the Premier League as the Canaries scored a single goal following the initial lockdown.

Three of that summer’s loan signings – Ralf Fahrmann, Patrick Roberts and Ibrahim Amadou – had returned to their parent club before lockdown while Josip Drmic was told to find a new club at the end of the season, just 12 months into his three year contract.

There’s similar concerns on City’s signings this time around and while Scott stepped back from his involvement in Norwich’s summer dealings once Boro made their interest in him known, he will have been directly involved in drawing up a list of targets in the months preceding.

After his interview with the MFC media team this afternoon, perhaps cynically, it could also be suggested that because his role hasn’t been clearly defined that Kieran Scott isn’t in the position to ultimately make the impact on the club that fans desire. 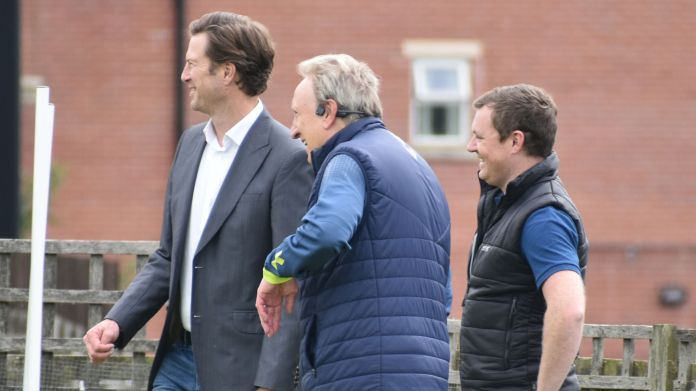 However, it would’ve taken some considerable assurances on the scope of his influence to prise him away from Norwich, where the Director of Football role may be opening up at the end of the season with Webber yet to sign a new contract.

It would be a backwards step for him to leave a Premier League side and relocate to the opposite end of the country to be a glorified Head of Recruitment at a Championship team, no matter how good the facilities are at Rockliffe Park or how highly he thinks of Steve Gibson.

Neil Warnock has also hinted at Scott being a “sporting director” on Talksport since the announcement was made, so you’d hope that he will be given every opportunity to help mould the club and ready them for the future.

As he said in the interview on MFC’s website a lot of the pieces are already there for us to succeed, “it just needs a bit of life putting back into it, an outside face to start it back up and get us going again” and most importantly that person is somebody that understands football in the year 2021. 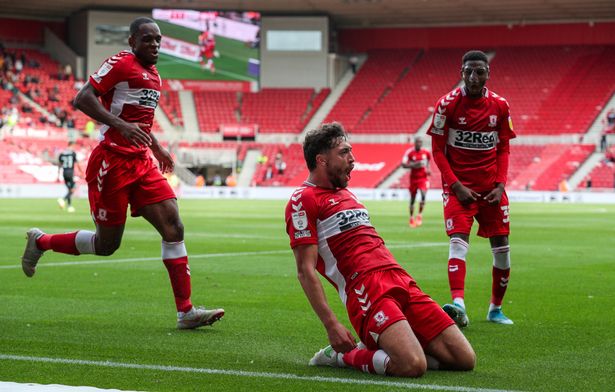 Scott isn’t a former banker or boardroom stiff. He isn’t a dinosaur or someone whose best days are behind them. Kieran Scott is the here and now, the present and the future. While things might not blossom into the idyllic footballing utopia, he’s got a chance because he knows football.

Scott told The Athletic earlier this year that “One thing I’ve always found in football is you adapt or die because if you don’t adapt to what goes on, you’ve got no chance anyway” and that’s what Steve Gibson is trying to do by appointing him.

While the ultimate power will always reside with Gibbo, because he’s the chairman, by bringing in a genuine football expert he’s finally making strides into the 21st century, adapting to a new way of working where the long-term plan is as important as 3 points on any given Saturday.

For too long this football club has been trying to play chess with checkers pieces. Now Gibson has arguably his most important piece. What he decides to do with him and how he’s allowed to control the board will decide the outcome of the game.

This might not work but it feels good that we’re finally trying. Up The Boro.