There’s something that the Reds want you to know. Neil Warnock might finally be ready to unleash Martin Payero on the Championship. As we head into spooky season, that should terrify the rest of the league.

Although it was a decimated backline that forced Warnock’s hand, as Payero took advantage of the midfield spaces left vacant by Jonny Howson and Paddy McNair who dropped into defence, the Argentine delivered his best performance so far in a Boro shirt against Peterborough on Saturday.

The gaffer mentioned in his pre-Barnsley presser that Payero is now “starting to find his feet” and, if he can keep pushing on, it will come at just the right time for Warnock and the fans.

Following a tough start to life on Teesside, with the midfielder being limited to one league start in 11 games before Saturday, Payero had gone from this summers’ marquee signing to becoming the biggest stick for fans to beat Neil Warnock with after a poor start to the Championship campaign and it was completely understandable.

None of us woke up at 6am to watch Argentina’s U23s play at the Olympics and catch a glimpse of Payero or spend longer than we’d care to admit Google translating tweets and reports from the Argentine press and Banfield fans over the summer to see him stuck on the bench or not even in the squad at all.

The drawn-out nature of his signing only heightened the excitement and desire to have this supposed Argentine wonderkid at Rockliffe and the team in charge of the Boro social media must still have heavy PTSD flashbacks whenever they hear the phrase “Announce Payero”.

The anxiety that ripped through the fanbase whenever some two-bit Twitter rumour site posted about the transfer being hijacked, leading to “the club has fucked it AGAIN, SACK THE RECRUITMENT TEAM” posts all over Boro Twitter, has bled into the season itself whenever Payero hasn’t featured with conspiratorial accusations that Warnock hates him and was flat out refusing to play him.

It must be said though, Warnock didn’t help quash that particular line of thought with his asinine remarks about having a squad full of foreigners.

There was even talk that the lad wanted to go back to Argentina after the game against Sheffield United, as he struggled through the warm-up and then wasn’t brought on. It turned out that he’d simply been nursing a minor injury that would then rule him out of the defeat to Hull that cracked the safety glass and started to leak poison from the stands. 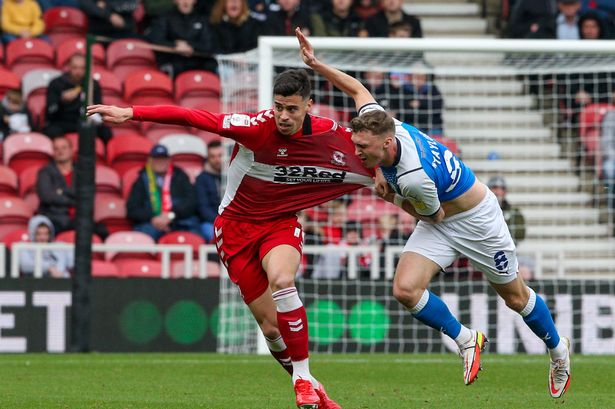 It was almost poetic then that Payero starred in a must-win game for Warnock after an international break that was rife with fans discussing WHO the next manager might be rather than than IF a new manager would be required.

Make no mistake, it would have been the death knell to Warnock’s time at Boro if his team had failed to beat Peterborough who hadn’t picked up a single away point this season coming into Saturday, which was nearly the case before Paddy McNair’s penalty.

Playing alongside Matt Crooks in midfield, Payero showed flashes of the brilliance that had set pulses racing on Teesside when his highlight packages did the rounds over the summer.

There were quick turns, some well-weighted through balls, a free-kick across goal that just needed someone to get a touch on it, a couple of slightly overzealous tackles and some dribbles from deep inside his own half that shocked the Riverside into life and helped drive Boro onto 3 points.

The assist for Josh Coburn aside, the standout moment from Martin’s showing was some liquid interplay with Crooks, with Payero taking Trees pass inside and spinning one Peterborough player out his boots on the turn before knocking it past a second and releasing Crooks down the right.

While the pass on that particular move wasn’t Payero’s best, it did highlight one of his best qualities and showcased where Boro can get the most out of their South American poster boy. 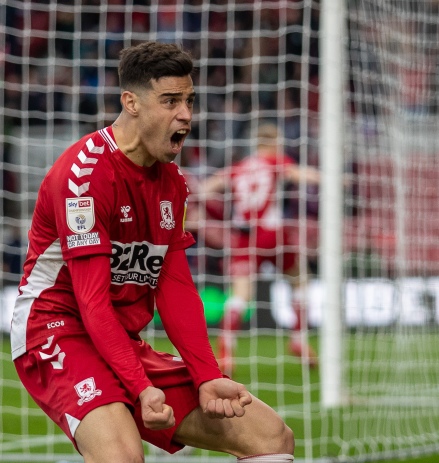 Despite owning the number 10 shirt and having a pair of wicked feet, he isn’t a traditional attacking midfielder, while he isn’t a defensive midfielder which was evident at times in the first half when he was caught out of position on Peterborough counters.

Where Payero will fit best at Boro, as he did at Banfield, is as a number 8 – a box-to-box midfielder – someone who can get involved in everything, because Payero has a bit of everything in his locker.

It’s in that more advanced role where he was pushed as Boro chased the opener following the introduction of Isaiah Jones, with Marcus Tavernier moving into a central role. In the first half, Payero and Tav were getting in each others’ way at times, with both creative-minded players occupying large chunks of the right hand side of the pitch.

With Jones stuck to the touchline and Tav holding the centre, Payero was able to punch holes into the right-hand side of Peterborough’s tired midfield and defence.

That’s where he can thrive and make the most of his obvious talent, although that does throw up a quandary for Neil Warnock. He rarely goes with two forward thinking midfielders in his 3-man midfield but for Boro to kick on, he needs Payero to kick on. 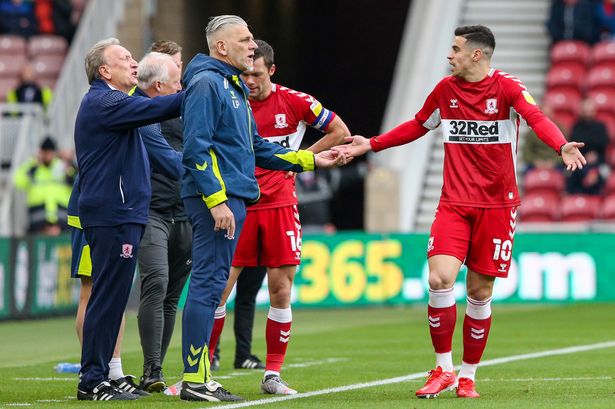 It may also mean he has to move Tavernier centrally to avoid the two young starlets clashing on the right-hand side again. That shouldn’t be an issue for Tav though as we outlined in pre-season and it would mean more opportunities for Jones, too.

Warnock has, throughout his career, hammered home how important he thinks it is to get the ball forward quickly and he has the types of players at his disposal at Boro to do it in an attractive manner without resorting to up and under hoofballs. He has to use them now and use them correctly.

Of course, for all of the jokes online, Payero isn’t the greatest Argentine the world has ever seen (YET) so we do all have to have a bit of a sit down and relax.

He still isn’t up to speed with certain aspects of being in a Championship midfield, especially off the ball, though that can only come with game time.

With games against the bottom three in the form table to come against Barnsley, Cardiff and Birmingham, this isn’t the time for the manager to revert to type and take a cautious approach. If Warnock had “pulled the trigger” on the midfielder straight away, he might have ironed out those creases by now so he must take advantage of this run of fixtures.

It’s also been a rough transition for a 23-year-old, who can only communicate fluently with Leo Percovich and Onel Hernandez, as he basically upped sticks to Teesside straight from the Tokyo Olympics.

That may have been an issue with getting to grips with some of the finer details and settling in. Footballers aren’t robots and with his partner now living here too, it means he’s able to switch off after training or games and feel like a human being.

Not that he has been isolated by the team, by any means. As Warnock said “everyone wants him to do well” and that was clear as day following his assist for Coburn’s goal.

You almost have to feel sorry for the Academy graduate, who notched his first Boro goal in front of fans, with the team turning to celebrate with Payero instead who was wild-eyed and VAMOSing his head off.

That speaks to the leadership and chemistry in the squad, further highlighted by Matt Crooks’s pep talk with Payero pre-match and the midfielder getting one of Leo’s legendary man-hugs at full time.

Martin, there’s something that the Reds want you to know. WE want you to do well, too. We want you to turn people inside out, smack long-rangers in, score free-kicks, tear open defences with those cheeky through balls and we want you to be happy here.

Now go and kick on mate. Don’t give anyone an excuse to not start you every week because if you give the ball to Martin, we will score.