This transfer window was always going to be interesting. It’s the true opening salvo for Boro’s rearmed and reorganised recruitment team with Head of Football Kieran Scott now joined by a manager in Chris Wilder who is fully bought into the club’s long-term plans.

While the summer was pockmarked by alternating ideologies with it being easy to identify who was a “Warnock signing” and who was a “club signing”, all signings from here on in should fall under the same banner – a Middlesbrough player, no discussion needed.

What exactly a Middlesbrough player looks like under the new regime is still to be fully determined but given the style of play that Wilder has introduced, to great effect so far, it’s clear that Middlesbrough F.C. want to be a team the plays on the front foot, creates plenty of chances and does things quickly and effectively. 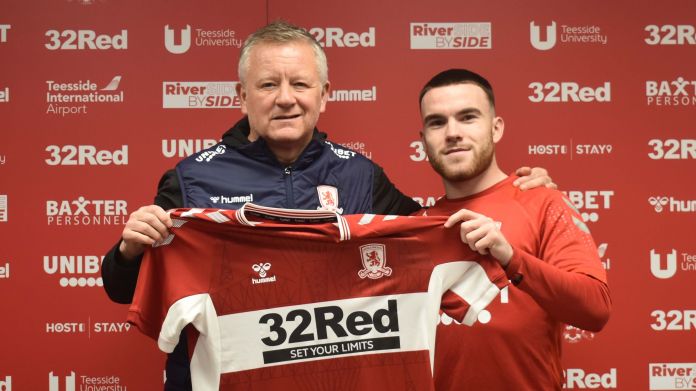 That’s been echoed in the loan move for Aaron Connolly from Brighton and the potential signing of highly-rated Arsenal youngster Folarin Balogun who is expected to join Boro early next week, also on loan until the end of the season.

Both players primarily play as strikers and will provide competition to Andraz Sporar and Duncan Watmore, giving Wilder 4 options for the 2 forward spots on offer in the current system.

This double deal for new forwards probably calls time on Uche Ikpeazu’s short stay on Teesside with Millwall linked heavily to the big man and also opens the door for Josh Coburn, whose just signed a new deal, to continue his development by dropping into League One for a loan spell.

That seems harsh on both Ikpeazu and Coburn but Uche doesn’t tick enough boxes for Wilder, with such an emphasis on pressing from the front and moving around the pitch, while Coburn is at a critical point in his career where him sitting around the fringes of the first team squad or being relegated to Under-23 football is only going to halt his overall progress.

Connolly, a Republic of Ireland international, offers the high energy and mobility to act as the proverbial cat amongst the pigeons when teams try and play out from the back while also playing off the shoulder of the last defender to get on the end of passes and stretch back lines. 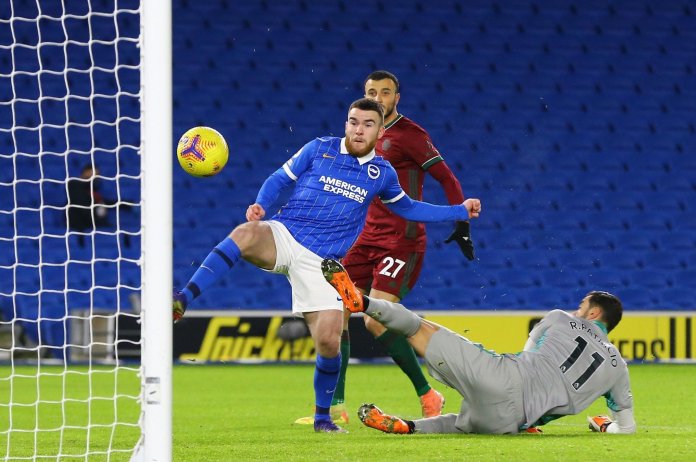 He’s a busy cunt in the Duncan Watmore mould with 45 appearances in the Premier League under his belt. In the first half of the 20/21 season, when he was still enjoying regular first team football, Connolly led all Brighton forwards with the most successful amount of pressures (38%).

He does come with a reported attitude problem but you can’t do anything but expect that both Wilder and Scott have done the necessary due diligence on a player that burst onto the scene by notching a brace against Spurs in 2019.

The main concern for Connolly, which is why he finds himself in the Championship, is that he has failed to truly nail down a place in a Brighton team that has routinely struggled to score goals.

While some of that is down to a number of niggly injuries, the striker went from 24 appearances in his first season down to 17 last year and then only four appearances for the Seagulls in this campaign.

When he has been given the opportunity to get back into Graeme Potter’s plans, the 21-year-old hasn’t taken them. He only scored twice in 17 Premier League appearances last season and it has been over a full calendar year since his last league goal, although he did score both goals in Brighton’s League Cup win over Swansea in September.

He’ll need to do better than that to oust either Sporar or Watmore from the starting lineup and that task will be made even greater *should* Folarin Balogun also join the club.

The 20-year-old Arsenal striker comes with A LOT of hype for someone that’s only had a handful of appearances in senior football.

There’s been some major buzz on social media after transfer rumour kingpin Fabrizio Romano name-dropped Boro multiple times in relation to the move for Balogun and that goes some way to highlighting how highly valued the lad is (modern football, ey).

His future has been a major talking point for Arsenal fans and it’s believed that Boro have beaten a host of other Championship clubs to secure the renting of his services for the second half of the season.

A lot has been made of Boro paying all of his 40k a week wages to get the deal over the line but it’s going to work out as a 750-800 grand loan fee so it’s not as mad as it first looks and Derby might end up paying for it anyway so…who cares?

It’s what Balogun can offer on the pitch that has made him a key target for Wilder.

The forward, who is eligible to represent England, Nigeria or America at international level but currently features for England U21s, is universally regarded as the brightest talent in Arsenal’s Under-23 side.

He’s tipped to soon join the likes of Bukayo Saka, Emile Smith-Rowe and Gabriel Martinelli as an integral piece in the Gunner’s youth-led revival and he’s also been compared to Ian Wright because of his pace and intelligent movement.

Looking at his highlight packages from this year’s PL2 Division 1 (the top tier of U23 domestic football) season it’s easy to see why many Boro fans are excited by his rumoured arrival. Balogun is very “streetball” with the ability to keep the ball under close control combined with the tricks, flicks and nimble feet to sit defenders on their arse. He looks mint, man.

There’s a number of examples of him coming deep to receive the ball, holding the defender off and spinning his man before knocking the ball to a teammate and those qualities should help alleviate the pressure on Sporar as the only current option who can really link the midfield and attack.

However, Chris Wilder will want the man he first tried to sign in 2020 for Sheffield United to spend most of his time in the opposition’s box as Balogun boasts a history-making goal record at Under-23 level and the Boro gaffer will be hoping to see some of that transfer into the senior game.

With 34 goals in 56 games in PL2, Balogun has hit the back of the net more times at that level than Oli McBurnie, Arsenal teammate Eddie Nketiah, former Boro man Lukas Nmecha and Aaron Connolly who he may be lining up alongside.

Those four, who actually all have a better goals per minute ratio than Balogun at that level, have had varying degrees of success crossing over to “proper football”.

We’ve already discussed Connolly’s current predicament, Nmecha looked hopeless at times in a brief loan spell at Boro but is now considered the future of the German national team, Oli McBurnie smashed it at Swansea before stalling at Sheffield United and being spotted in away crowds more often than being spotted on the scoresheet while Nketiah has never broken through at Arsenal.

That shows the task at hand for Balogun to achieve even half of his supposed potential and he didn’t make the impression many would’ve hoped for in Arsenal’s League Cup quarter-final defeat of the SMBs as plenty of Teessiders watched on at home for a preview of the much-linked “starboy”, with Balogun isolated on the left-wing and substituted early in the second-half by Mikel Arteta.

However, the centre-forward did score against relatively strong Plymouth and Ipswich sides earlier this season in the EFL Trophy and it was through scoring in the Europa League against Molde and Dundalk that Balogun really started to make a name for himself, so he isn’t a complete stranger to finding the back of the next at the senior level.

Both he and Connolly will need to bring the shooting boots they had at Under-23 level and have flashed at times in senior competition to keep Boro’s momentum rolling into 2022. As brilliant as the football has been so far under Wilder, the main issue and only real cause for alarm is the lack of a real ruthless edge in front of goal. Only Stoke have scored less goals than Boro (28 to our 29) in the top 10 and they’ve played one game less.

Boro currently have six players who’ve scored more than once in the league this season and two of those are Ikpeazu and Coburn who could be playing for other teams by the end of this window so Wilder will want and needs his new lads to hit the ground running.

They both come with a point to prove – Balogun to prove that he’s ready to leave Under-23 football behind and launch his pro career and for Connolly, it’s a chance to prove, away from any distractions, that he isn’t simply a one-hit wonder. If they can do that, it’s Boro that will benefit.