Jonathan Woodgate has left the building. To be accurate, Jonathan Woodgate is no longer the head coach of Middlesbrough F.C. because it sounds like he’ll be sticking around in some capacity. Following an embarrassing performance against Swansea, Steve Gibson has decided to relieve Woodgate of his duties in an effort to avoid relegation to League One.

Where did it all go wrong for the man that Gibson referred to as the “outstanding candidate” during his unveiling as boss in June last year?

Cast your minds back to that press conference that ushered Woody into the job. Even though many were rightly cautious about the appointment of an unqualified, inexperienced manager that seemed to add to the cheap’n easy jobs for the boys mentality that has slowly crept around the club, a lot of us were also excited about the future.

Gibson and Neil Bausor proudly proclaimed the start of a new era for the football club as Adrian Bevington outlined the establishing of a “golden thread” that would see the academy sides and first team linked by a single way of playing.

Add in the infectious buzz that Woody had to begin leading the team he grew up supporting with his hopes to implement a high pressing system that would engage fans and put bums on seats at the Riverside and it wasn’t hard to start getting behind the decision. It was the sort of stuff that so many Boro fans had wanted to see from the club for so long. A true long-term vision.

It began pretty well. The action-packed six goal thriller at Kenilworth Road to start the season may be the only time I’ve ever exited an away ground happy after conceding a late goal. It was full of the high pressing, attack minded football we’d been promised and in stark contrast to the work of Tony Pulis; it was exciting. That was followed by an exhilarating first half against Brentford at home where Boro were in total control, with only dodgy refereeing decisions keeping it at 0-0. One of the game where you don’t want the ref to blow for half-time.

Unfortunately he did and things seemed to go downhill from there. Brentford won that game and defeats against League 2 side Crewe in the League Cup and away to Blackburn followed. Despite picking up 8 points from the next four games, the golden thread had already started to unravel.

A pathetic 4-1 capitulation to Sheff Wednesday spelled the end of the high-pressing as the realities of the job in hand began to sink in for Woodgate. The battering from The Owls was part of a ten game run without a win that was only ended by squeaking past Barnsley. The team seemed rudderless and unsure of what they were trying to achieve on the pitch. 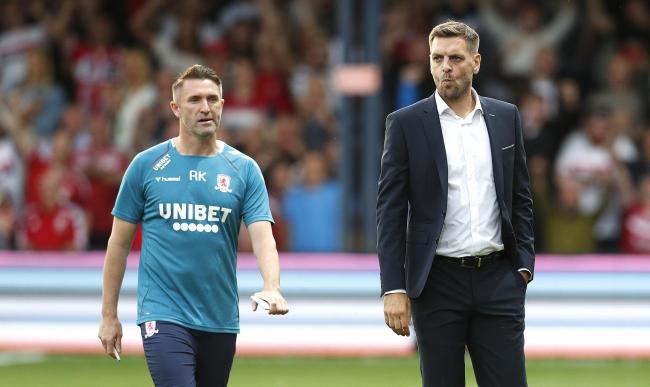 Things seemed to change over the Christmas period as Stoke and Huddersfield were seen off by a new look side full of youthful enthusiasm. Injuries to a number of senior pros had forced Woodgate to introduce Hayden Coulson and Djed Spence as out and out wing backs, providing balance and a bit of zip to the team. Things seemed on the up and there was a brief return to pressing, as Preston and West Brom were swamped in crucial away wins.

Those two victories included displays of tactical nous as Woody switched systems to stifle West Brom’s danger men and brought Rudy Gestede in from the cold to hammer a Preston back line who had been watertight until then. A spirited, never say die performance against Jose Mourinho’s Spurs in front of a buzzing Riverside meant 2020 looked bright. We all know how this year has panned out.

The side was again changed as players returned from injury and the bright sparks like Marcus Tavernier and Djed Spence were in and out of a team that only managed one win in Woodgate’s last 12 league games before being sacked this morning. It simply wasn’t good enough.

League position aside, Jonathan Woodgate was not fulfilling his mandate to transform the way football was played at MFC. There were glimpses of it but too often Boro were coming away from games where there was clearly a lack of vision and instruction. If there had been continuous signs of improvement and the instilling of the style of play, fans would’ve had a lot more patience and ultimately so would’ve Steve Gibson. 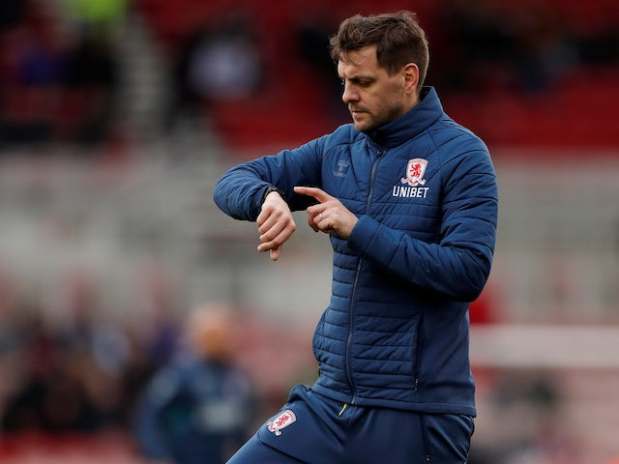 It isn’t all Woody’s fault though. He was given little support from the recruitment team in the summer (couldn’t even tell you where Anfernee Dijksteel and Marc Bola are at the minute) and thrown in the deep end. Was he the right man for the job? Evidently not but he was given his dream job. Who wouldn’t have taken it?

His eagerness and desire to achieve was what hindered him in the long run by departing from the implementation of the new era football in the early stages of the season to try and keep his head above water. As daft as it sounds; he was trying not to lose his job.

Really, he should’ve been given an experienced assistant instead of his mate Robbie Keane. Someone who could’ve guided him and pointed out where things were going wrong. Someone with the bottle to help him stick with the game plan and keep the youngsters involved. Someone who could’ve told him to ease it on the defensive, proper Boro press conferences. The league table was never lying.

And of course, results were not good enough. We’re outside the bottom three on goal difference and have eight games left to save ourselves from the catastrophe that would follow relegation. This isn’t a discussion we should be having and I don’t think anyone thought things would be this bad. Something had to change.

The performance against Swansea was the final straw as Boro didn’t seem fit for purpose. Players looked like they’d spent lockdown in bed watching Netflix and eating takeaways every day, there was no sense of tactics or style and in truth some of them didn’t look arsed. People think the Championship is easy, that it should be a cakewalk for the established players and clubs. It’s not. It’s a horrible league where quality meets dedication. If you haven’t got them, there’s no hope. You’ve gotta fucking die to get three points. 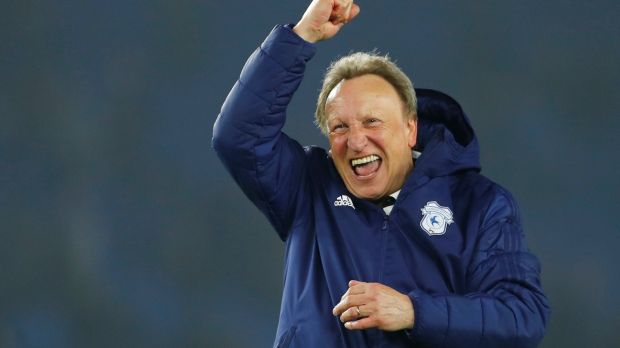 It is a damning sign of the times that people are genuinely over the moon to see Neil Warnock arrive on Teesside. We’ve just got rid of Pulis and here comes the original Captain Shithouse. Except, in dangerous waters, who better to take command of the ship than the hardest taskmaster to ever sail the Football League?

Warnock has got eight games to galvanise the squad and is widely considered one of the best man managers in football. That might be what we need, a different voice and an authoritative one at that. Someone who can give them a much needed kick up the arse. He seems to get the best out of his teams even if he hasn’t always got the star names to rely on. The football is straight to the point and focused on the basics. It works. It’s not the football we want but it’s what we need right now.

It’s easy to get sucked into the cult of Warnock, with his catchy one-liners and mental outbursts. Either you’re going to love him or hate him. He’s either a legend or a comedy sideshow but at the end of the day, he knows how to win football matches and that’s what we must do. We need to survive. 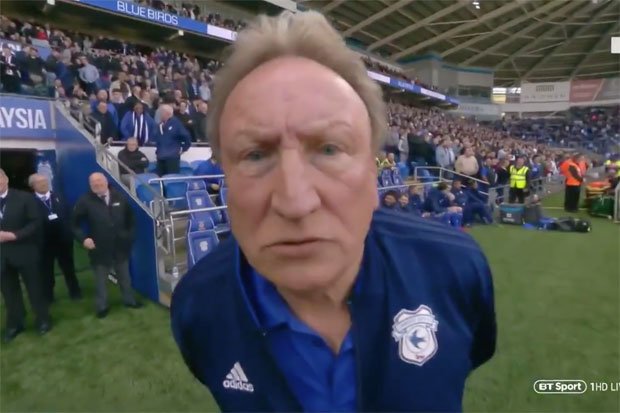 It does raise a concern though. If we stay up, what happens then? Do we wave goodbye to the “golden thread” and consign ourselves to fundamental football hoping that it leads us back up the table rather than end in a chorus of boos? Do we shelve the new philosophy for good or just bring it back out again because crowds have dwindled after watching paint-by-numbers hoofball?

Whatever the case, Steve Gibson must make a decision once this season is over and stick to it. No more lurching from one extreme to the other. No more Karanka to Monk or Pulis to Woodgate attempts at ripping the foundations up and starting again. No more costly makeovers of the squad that leave us picking up the pieces and remodelling the gaff on a shoestring budget. Pick a philosophy and stick to it, no matter what that is. Route one or playing it on the deck. Using the kids or scouting the lower leagues. Whatever it is, stick to it. 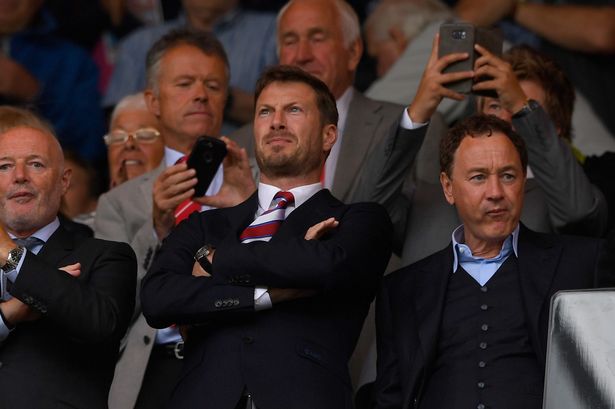 Bring someone in to help permanently, a director of football or executive that actually knows the game inside and out. Someone with genuine experience of working or even managing at teams that mirror what we’re trying to achieve. Make it a long-term vision, not a few buzzwords that go out the window after some hardship or we’ll be having this exact same conversation again in twelve months time.

Beyond all else, stay up Boro.